Federal DUI: What it is, and How it is Charged 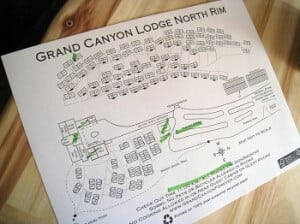 A Federal DUI is a charge given for a DUI (driving under the influence) that has occurred on federally-owned land or another location that is considered federal property. Someone who is under the influence of drugs or alcohol on federal land can be charged with this serious criminal offense.

If you were arrested and charged with a Federal DUI in Arizona, it is strongly recommended that you seek a lawyer with experience in laws concerning Federal DUIs. This could help you avoid hefty fines, blemishes on your record and even imprisonment. The attorneys with our law firm possess the knowledge, skill and expertise to act in your defense when you’ve been charged with this crime. Please give us a call as soon as possible.

Federal Property and Driving Under the Influence Laws

As a rule, any time someone has been arrested on federal property, they will be tried in a federal court of law. There are several different kinds of federal property upon which a drunk or drugged driver may be apprehended and charged with a Federal DUI.

If you were detained for driving under the influence on any of these federal properties, it is critical to understand that you could be charged with a Federal DUI, not just a state DUI. This is a much more serious DUI offense with much higher penalties.

In most cases, A Federal DUI is considered to be a class B misdemeanor. However, depending on the circumstances, this charge may be increased. Qualifiers include being significantly over the legal blood alcohol limit, reckless driving, having a passenger under the age of 14 in the vehicle at the time and possessing several prior convictions on your record for driving under the influence. If you happen to be convicted of a class B misdemeanor Federal DUI, then you could be punished with up to $5,000 in fines, six months in a federal prison, five years of probation or any combination thereof.

Talk to a Federal DUI Lawyer

You should never go to court without being ready to defend yourself against a DUI conviction. To talk to an attorney who is knowledgeable and experienced with this type of charge, and to learn about your rights and options under the law, please call our Arizona DUI law office at (602) 560-4004 for a free consultation.