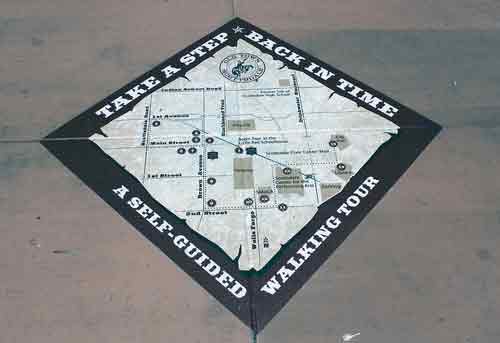 Be aware if you are planning on drinking alcohol in Scottsdale or anywhere else: don’t drink and drive. This is obvious from a safety stance but also because with additional funding the City of Scottsdale will have even more resources to arrest you for DUI.

Starting Oct 1st of 2012 the Scottsdale Police Department will implement more ‘drug recognition experts(DRE)’ and equipment to crack down on drunken driving, to the tune of $150,000. This is in addition to whatever funding is currently required to enforce Scottsdale’s exiting DUI enforcement.

Some of the equipment involved will be a new ‘home base’ DUI van that will allow police officers to take blood samples on site and also have a DRE on site to determine if someone is high on drugs. Clearly the City of Scottsdale is looking to get more arrests out of this expanded program.

As always our first advice is to never drive drunk, but if you do get pulled over remember our Do’s and Don’ts:

DO: Do Ask to speak with a DUI Lawyer in Arizona immediately Do show your drivers’ license, registration and proof of insurance. Do ask to be released to obtain an independent blood test from a hospital. Do behave courteously. DON’T: Don’t agree to take a Breath, Blood or Urine test until calling and talking with a DUI Lawyer in Arizona! Don’t answer questions or agree to be videotaped. Don’t take the eye test. Don’t admit anything or take coordination tests. Don’t try to talk your way out or be rude.

With a newly awarded grant of $150,000, the Scottsdale Police Department plans to add officers to DUI checkpoints, crack down on drunken driving at more events and conduct more “Know Your Limits” campaigns downtown, police said.

More personnel will become certified phlebotomists, able to draw blood at a scene rather than use hospital resources.

In August, the Scottsdale City Council voted to accept a $150,000 grant from the Governor’s Office of Highway Safety. The grant essentially picks up overtime and other extra costs incurred from Scottsdale’s participation in the East Valley DUI Task Force.

The grant kicks in Oct. 1. But Scottsdale police officers didn’t wait for overtime pay to participate in the Labor Day task force, Jensen said. None working on the task force received overtime, Jensen said. Most earned regular pay. A few working extra hours would take time off in the future, Jensen said.

“Our officers enjoy their jobs. We are generally here because we believe in what we are doing, ” Jensen said.

The East Valley task force made Scottsdale Stadium its base of operations this past Friday and Saturday. The stadium is near Scottsdale’s busy bar district.

Tempe, Mesa, Gilbert and the Arizona Department of Public Safety each had a DUI van perched on the perimeter of the stadium’s lot.

The goal: To prevent accidents and save lives.

“If we can get even one impaired driver off the roads, we are doing a service,” Jensen said.

The van contains special rooms for drug-recognition experts to test if a suspect is high on drugs, Jensen said.

In addition, the city received a new “livescan” electronic-fingerprint device. A quick scan of a suspect’s fingers replaces the antiquated paper-and-ink system.

“It saves a ton of time and a ton of money,” Jensen said.

The highway-safety office distributes millions of dollars in grants and equipment to dozens of departments across Arizona. Tempe, for example, was given a Chevrolet Tahoe. Livescan machines were also given to Mesa, Chandler and Phoenix police departments and the Pinal County Sheriff’s Office, according to an annual state report.

“The livescan machines save each officer eight hours of work per shift,” Alberto Gutier, the head of the Governor’s Office of Highway Safety, said during a recent interview.

“Priority funding is given to agencies that have proven to be the most successful with funding received” in the past, Gutier wrote in an annual report.

“Scottsdale does a fantastic job,” Gutier said in an interview. “They are a tight department with strong leadership in a beautiful community.”

In 2011, Scottsdale’s DUI task force made 3,281 traffic stops and logged 545 felony and misdemeanor DUI arrests with an average blood-alcohol content (BAC) of 0.142 percent, according to a City Council report. These included 164 arrests for extreme DUI, where the average BAC was 0.15.

On Friday, during the lull between the end of happy hour and the late drinking times, officers were bracing for a big night of arrests.

About 9 p.m., a young woman was processed in Scottsdale’snew DUI van. Police arrested her on suspicion of drug impairment after a drug-recognition expert put her through tests, Jensen said.

Jensen said he was happy she was off the road that evening.

“Our main concern is how many accidents we don’t have,” he said.

247 stops or contacts were made

26 arrested on suspicion of misdemeanor DUI

1 citation for DUI under 21

3 citations for minors suspected of consumption

If you have questions about a previous or current DUI in the Scottsdale court system, please give us a call at (602) 560-4004 to schedule a free case review. Our free consultation will take about 30 minutes and then we’ll give your our legal advice and what we would do to defend a DUI in Scottsdale. If you would like, you may email our offices 24 hours a day.