Can you get a DUI because of Medication in Arizona? 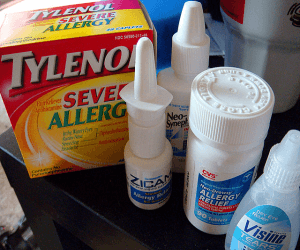 It would be a mistake to believe that a person can only be arrested for DUI due to high blood alcohol content; this simply isn’t true. The fact is, numerous people have been prosecuted for driving under the influence due to medications they were taking legally. If your driving is impaired, it really doesn’t matter what is causing the impairment. Alcohol, illegal drugs, and legal medications can all result in an arrest for DUI in Arizona.

Many prescription medications and over-the-counter items have labeling that instructs the user not to drive while taking the medication. For example, many cold medications can cause severe drowsiness.

Many other drugs can cause additional side effects. These include tremors, impaired coordination, and impaired judgment. Here are a few medications that are known to cause problems:

How the police prove DUI in the absence of alcohol

For most legal medications, a quantitative blood test does not exist. A police officer is far more likely to use a field sobriety test. In theory, these tests will show that a person’s motor skills, balance, reactions, and reflexes have been compromised due to the drug or medication. In Arizona, you can be arrested or cited for DUI if you are deemed to be ‘impaired to the slightest degree’. In other words, you can be arrested for DUI if you have a BAC of less than .08 or even a non-existent BAC. This happens quite often when drivers are cited for a Drug DUI in Arizona.

How a defense attorney handles a legal medication DUI arrest

Typically, the most important move is to challenge field sobriety test that was administered. It has been successfully argued in court that these tests are not always an infallible method for determining impairment. Additionally, there are people incapable of completing the tests due to handicap or other physical limitations.

An attorney could argue that the medication taken does not have any side effects that would cause driving impairment. If there are side effects known to cause impairment, it’s possible to argue that medication had worn off prior to the DUI arrest. This tactic, however, will require proof of when medication was taken.

When an over-the-counter medication was taken, there is the possibility that the defendant’s lack of knowledge can be a viable defense. There can be side effects that are unknown or unlisted. If there was no warning on the packaging that would indicate impairment was a possibility, the judge or jury may be convinced that the defendant is not to blame.

It’s not necessary to take alcohol or illegal drugs to be arrested and prosecuted for DUI. Prescription and over-the-counter medications can also impair driving to a significant degree and the legal consequences are similar.

Have you or someone you know been suspected of a DUI while using medication? Call our offices at (602) 560-4004 to schedule a free consultation with a DUI defense lawyer about your case. If you would like to send us a confidential email, click here.